Cost of Servicing your car 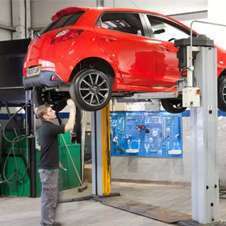 The Cost of servicing your car

Parts for vehicles are constantly on the rise. We have comparisons of car parts from 2008 -2017 below. Therefore costs of parts in 2019 are going to be even more expensive.

Car manufacturers will tell you ‘stay genuine’ rather than risk inferior parts and workmanship at non-franchised workshops, while the official dealer stamp in the service book also improves the vehicle’s resale value. But taking your vehicle to official dealers is also more expensive, mostly because of their higher labour rates, and there are big savings to be had by using an independent workshop.

Buying aftermarket car parts at stores like Midas and Autozone can also be a more economical alternative to Original Equipment Manufacturer (OEM) parts. Non-genuine doesn’t mean it is no good, and often you can buy the identical branded item for less at an independent parts dealer.

Why it pays to shop around

It may come as a surprise that OEM parts aren’t always more expensive, so shop around. Our survey of some of SA’s most popular vehicles found that OEM parts prices are sometimes cheaper than at aftermarket retailers, and it varies depending on the manufacturer and the type of part.

However, the mechanic labour costs at OEM dealers tend to be very high at between R700/hour and R1200/hour, while independent workshops usually charge between R350 to R600.

Some insurance companies actively support the non-OEM industry. Santam, for example, has a certified aftermarket parts programme to reduce repair costs and passes the savings on to its clients.

Be wise – only choose reputable suppliers

“Of course there are inferior parts out there but by sticking with brands you know and those recommended by a reputable, accredited workshop that knows your vehicle and uses the right products and parts, you can get the same performance out of aftermarket parts versus OEM and genuine parts, at a lower cost,” says McMaster. MIWA represents the interests of some 2 500 independent workshops in SA.

e-CAR’s list of independent workshops are all approved worshops by the AA, MIWA, RMI and The right to Repair