Purchase:
From all Diesel Electric outlets 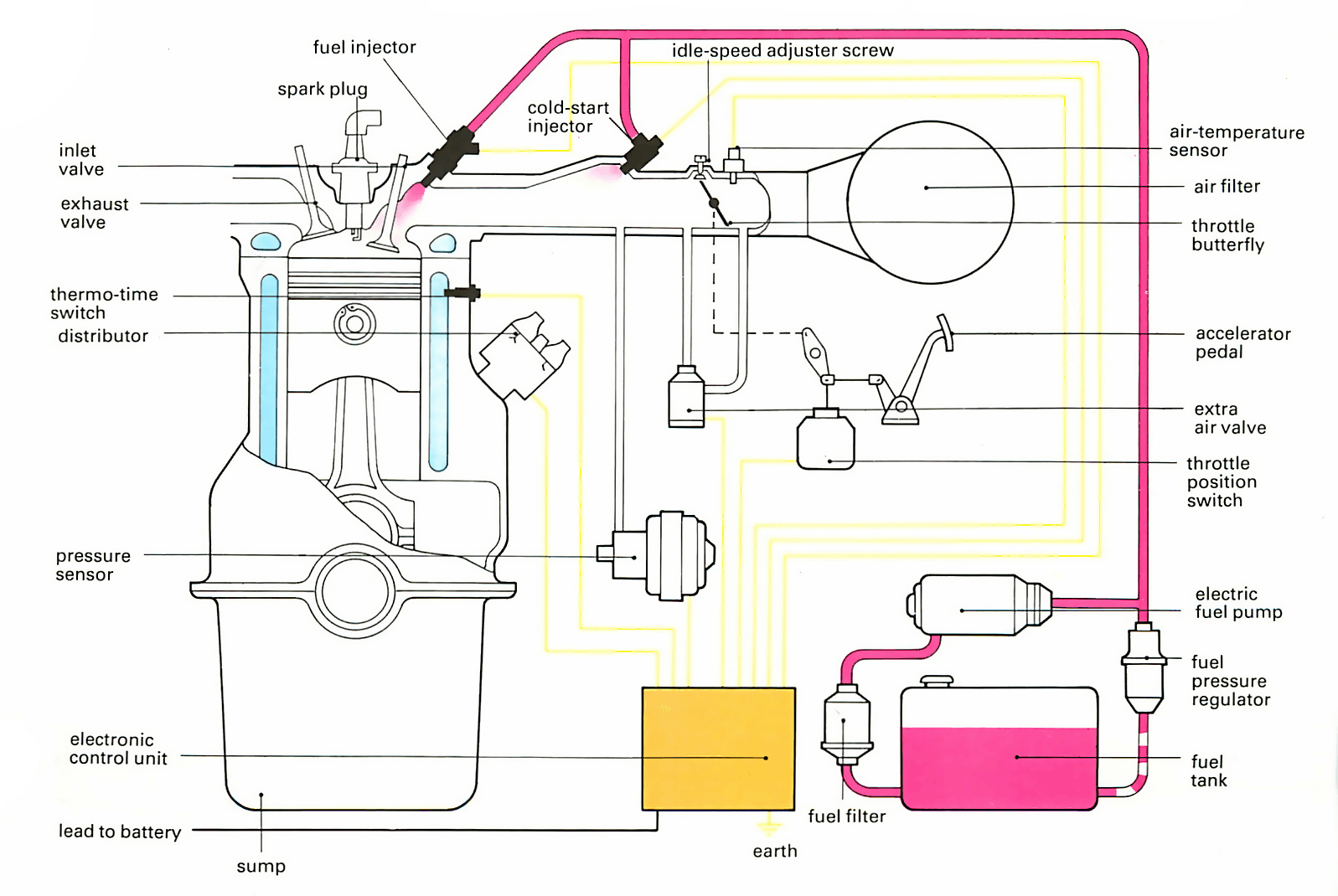 An electronic system is operated entirely by a microprocessor control unit. This measures factors such as the engine temperature, the throttle position and the engine speed to compute the fuel/air mixture required by the engine and its timing to the injectors.

This computer is fed with information from sensors mounted on the engine. These measure factors such as the air pressure and temperature in the air intake, the engine temperature, accelerator position and engine speed. All this information allows an electronic system to meter the fuel far more accurately than the simple mechanical system, which relies on sensing the airflow alone.

The computer compares the input signals from the sensors with information already programmed into it at the factory, and works out exactly how much fuel should be delivered to the engine. It then signals the on-off valve ig the injector to open and squirt fuel into the inlet port. All this happens in a fraction of a second, the control unit responding instantly to changes in accelerator position, temperature and air pressure.

A typical system is the Bosch LJetronic, which is fitted to a wide range of European cars. In this system, fuel is drawn from the tank by an electric pump. It is then fed straight up pipes to the injectors. The system pumps more fuel than is needed for injection – a loop circuit returns the excess to the fuel tank via a pressure regulator which keeps the pressure in the pipes constant.

The injector valves are held closed by springs, and opened by solenoids(electromagnets) when signalled to do so by the control unit. The amount of fuel injected depends on how long the solenoid holds the injector open.